The prophecy stated that following a spate of problems with my car, I’d sign a publishing deal in June. Well, that prediction came years ago.

I’ve had my palm read twice. Once when I was 19 and backpacking in India where a guy in a jewellery shop said I’d nearly die at 35 (I think he was irritated that I wasn’t buying his gold), and secondly by a friend’s hippyish dad who was visiting the UK from Australia.

Obviously, I was relieved to find the Indian guy was wrong as I made it through to 36 unscathed and happily alive, but not so thrilled to annually suffer the car issues without the longed for publishing deal.

Most years there have been promising signs that this could be “the” June – a shortlisting for a writing competition, inclusion in a literary magazine or website, or a book out on submission via my agent, but so far each June has drawn to a close with a hint of melancholy (which quickly dissipates with the arrival of my birthday).

Anyway, it’s a truth universally known that the road to publication is circuitous for most writers. Unless you’re Martin Amis, a footballer or celebrity, your average writer has to fight for his or her right to be published. I mean, I even thought about writing a novel about twitching and sending it to Jonathan Franzen so he could champion me, but someone beat me to it, so what else? 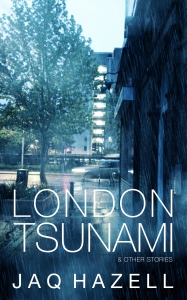 I’ve always sought publication via the traditional route. I have a charming agent who talks to the right people but still it’s not easy, and recently it hit home just how hard it is for writers to secure a deal. At the London Book Fair I attended a talk about the market for crime and thrillers. Sarah Hodgson, deputy publishing director at HarperCollins, revealed that they take on about three new writers a year. Three. And that’s in a hugely popular and commercial genre. And who are they taking on? Often it’s writers who are already doing it for themselves. They have self-published novels that are selling, or perhaps they are YouTube stars with millions of followers.

Anyway, whatever, YouTube is not for me, but I’m all for putting work out there, so that’s why this June is different. Yes, there’s been car trouble – tyres that needed attention, new car tax and a parking permit – yawn yawn – but then that is what the Australian fortune teller predicted -.